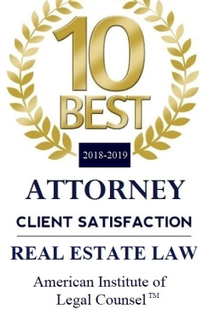 The Insurance respond. The environmental phenomena and resulting ongoing destruction in the past several years have resulted in a huge financial drain in the insurance industry. Many insurance companies will attempt to confront the problem by outright denial of coverage or have stopped selling home owners policies in your area. Others, will seriously drag out the claim investigation. At the end they will make low ball offers frustrating the policy holder into accepting any offer. In many cases the insurance representative will serve you with a reservation of rights letter to begin a self-serving, tedious and lengthy  investigation. Again this is intended to frustrate the home owner who in the meantime has become homeless, is living with family or in a motel.

The Insurers excuse. Typical excuses used by Insurance companies are: failure to pay the premium, misrepresentation on the original insurance application and the policyholders alleged failure to cooperate with the   investigation.

The Duty to cooperate. By reason of your policies terms and conditions, once a claim is filed by the homeowner, the insurer has the  right to investigate. All insurance policies include a clause stating you have the duty to cooperate with the insurance investigation. The duty to cooperate which your policy often spells out in detail and its meaning, have been litigated time and time again and is thus broadly construed. The duty includes preparing seemingly non-ending documentation requested by your insurer. Submitting otherwise confidential financial documents such as bank statements, providing cell phone records, submitting declarations under penalty of perjury and most intrusive of all, agreeing to volunteer for your examination under oath. Your insurance company may even request you submit to a polygraph test, although this one is rare. In short, it's a carte blanche to the insurance industry. Although under the California insurance code all insurers are  expected to resolve coverage issues in a statutorily defined timeline, if there is any error on the insurance application, suspicion or other obscurity your insurer will embark on an unusually long investigation. The investigation can drag on for months. In some instances as long as a year.
​
Any failure to cooperate with your insurer in the investigation, including a late response will be used as an excuse and legal ground to allege your failure to cooperate. In many cases, this absurdity can supply legal ground to deny coverage all together.

Do you have a legal remedy. Fortunately, homeowners have a remedy. All insurance policies constitute a written contract between the Insurer and the insured. Implied in every written contract in the State of California, is the implied covenant of good faith and fair dealing. This means the Insurance company has a duty to conduct its business in good faith and with fairness. There is evidence of bad faith when there is an unarticulated or unsupported outright denial, unreasonable delays in processing your claim or low ball settlement offers. Any of the three will provide your attorney with the remedy to sue your insurer for bad faith and forces them to pay your damages in court. There are also other grounds such as misrepresentation and fraud.

At the Law Offices of Allen Farshi, we stand ready to represent you in any Insurance dispute. We will litigate the matter through trial if necessary. That is regardless of how large the insurance company is. At the Law Offices of Allen Farshi, insurer bad faith cases are accepted on a contingency basis. This means you pay us nothing unless we recover your damages. Our attorney fees are paid from the Insurance proceeds.

Damages: Other than the physical damages to your property, damages in a bad faith case include punitive damages. Under California law the punitive damages can be as high as nine times your actual damages. Should you prevail you will also recover consequential damages, attorney fees and litigation costs which will include expert witness fees, and post judgment interest.

Unlike taxi, limousine and public transportation the companies, Uber and Lyft don't use professional drivers. Consequently, Uber and Lyft drivers are generally not proficient in managing their time or following basic safety rules, such as getting enough sleep, making sure their car has been properly inspected and maintained and taking safety training classes. Professional drivers depend on having a clean driving record since, after all, it's their livelihood. It's silly to expect people who are only doing this on the side to practice the same level of precautions. Another issue is vehicle maintenance.

Cab and limousine companies generally budget for these expenses, because if their car breaks down it can potentially cause them to liability. Uber and Lyft, by contrast, may not properly maintain their vehicles. Uber and Lyft drivers also have an incentive to get their passengers to the destination as soon as possible. In the process, they may violate the traffic rules and get involved in an accident.

Since 2014, California has passed a law requiring ridesharing companies like Uber and Lyft to provide supplemental insurance, so  passengers now have insurance coverage in the event of an accident. This is important, especially if the Uber or Lyft driver has no insurance, or have inadequate, deficient coverage. Uber and Lyft now provide $1,000,000 both in terms of liability as well as for underinsured/uninsured coverage.  However, TNC insurance coverage kicks in under three different scenarios, the explanation of which is not within the purview or scope of this article,  and it gets complicated.

What if I am an Uber or Lyft driver and I'm injured:

Generally, the person who caused the accident will be responsible for your injuries. So whatever coverage they carry will be in effect. If you have not accepted a ride yet  (commercial activity), and haven’t turned on your Uber or Lyft app, your personal auto policy should be in effect. The situation can get complicated if you get involved in an accident as you turned on your app saw the ride offer but have not yet accepted the ride. Because you turned on your Uber app, you are considered as using your vehicle for commercial purposes. Your own insurance will deny coverage. Prior to year 2015 Uber provided no coverage. However, since 2015, Uber provides insurance coverage, and covers the driver even if the driver has not yet accepted the passenger. The extent of coverage however, depends on the four stages designated by ride-sharing companies such as Uber and Lyft. An important distinction is made when the passenger is picked up on the street without an Uber request.

At the Law Offices of Allen Farshi, we are experienced in litigating Uber and Lyft accidents. Call us for a free appointment.

​There are numerous grounds for a life insurance company to deny your claim. The following are the more common grounds.

Dishonesty on the insurance application.
An obvious mistake on an insurance application is viewed as intentional misrepresentation or fraud. It provides legal ground to deny the claim. Obvious examples are age, a prior serious diagnosis or illness such as cardio vascular disease, Alzheimer's, Cancer or for that matter any illness.

Drug and Alcohol use
This generally comes up in the context of otherwise criminally proscribed activity such as driving while under the influence of Alcohol, drugs or even unsubscribed medications such as the commonly used anti depressant Xanax.
Most insurance policies exclude death resulting from a criminal act. Should an autopsy be performed which confirms Alcohol, illicit drugs or even a controlled substance without a prescription, your insurer will deny the claim.


Criminal acts
Most policies exclude death resulting from gun fire or a shooting incident. Acts of war and deaths resulting from nuclear or terrorist acts are also generally excluded.

​Acts of nature exclusion
​Most policies exclude violent acts of nature such as earth quake, tsunami, tornado, or volcano related deaths.  in addition to war, acts of war or deaths incident to a terrorist act.

Self-inflicted injuries exclusion
Premiums for life insurance policies are calculated on the basis of your age, sex, actuarial tables and your residence physical address. Naturally insurance companies are not in the business of gambling. Insurance companies cannot predict and thus are not inclined to cover self-inflicted injuries such as suicide or an overdose. The accidental discharge of a handgun is also excluded in most cases.

Loss of Employment
​If you were insured through your employer make sure to take out a new insurance policy effective with your discharge date. Your prior insurance will not cover the incident.

​Failure to pay premiums
This is a common ground for the insurers refusal to cover a death. It is also one of the grounds  commonly litigated. Although the above list is not exhaustive, it names the most common grounds for denial of life insurance benefits. Insurance agreements are contracts written by lawyers. The contracts often include arcane and unfamiliar legalese. If your insurance claim is denied your attorney will have to read the Insurance policy to decide if you have a case. Vague or incomprehensible language is always grounds to challenge the insurers denial of coverage.
​
At the Law office of Allen Farshi, we are experienced in litigating bad faith insurance matters. We accept these matters on a contingency basis. This means we are not paid unless we recover your damages from your insurance company. Your attorney fees will come from the insurance proceeds either through settlement or trial verdict and judgment.